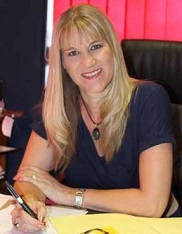 She chaired the Chamber CEO’s Forum at the South African Chamber of Commerce & Industry (SACCI), and served on the SACCI Board. She currently serves as the Treasurer of the KwaZulu-Natal Business Chambers Council and is a business representative on the KZN Economic Council. She is also the chair of the local South African Institute of International Affairs (SAIIA) branch and she sits on the SAIIA National Council.

Melanie is a team player with plenty of passion, vision and energy. She is a creative, hands-on organiser, with a flair for marketing and a “can-do” attitude. She was nominated for a Marketing Excellence Award in 2005 for marketing implementation excellence, and in 2009 was a semi-finalist in the tourism category for SA’s Most Influential Women in Government and Business Awards. She was also a semi-finalist in Africa’s Most Influential Women in Business & Government Awards (CEO Category) in 2014.

Melanie is driven by her desire to make a real difference in Pietermaritzburg. The development of business is key in alleviating poverty and addressing unemployment, and in her position as CEO she aspires to play a role in driving meaningful change.